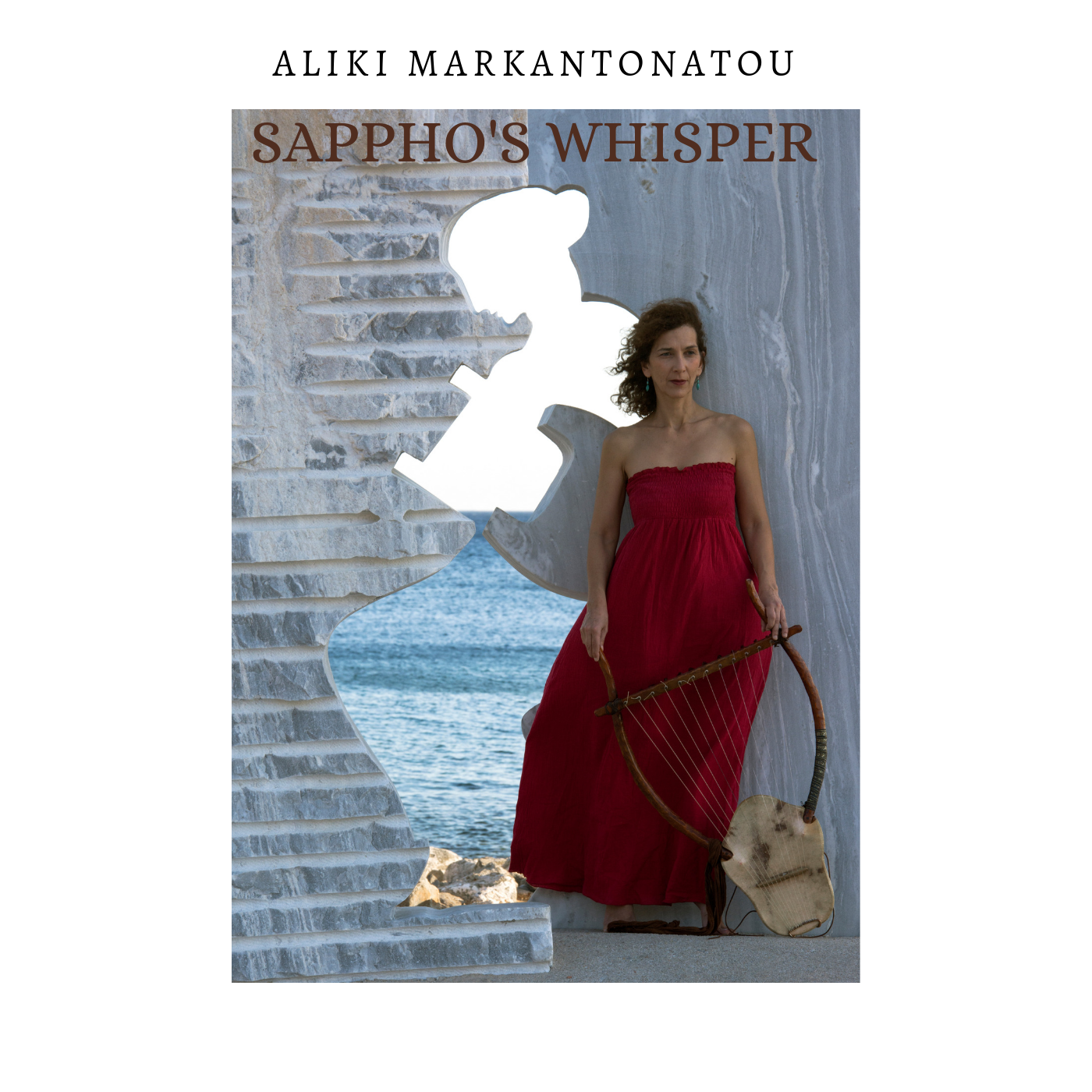 Sappho's Whisper derives inspiration from the birthplace of the great lyrical poet Sappho, The village is located on Lesvos island and is called Eressos. Visiting the place for Summer vacations I had the feeling of listening to Sappho whispering in my ears some magic words....The pieces of this EP are dedicated to her beautiful spirit.

Many thanks to Christos Pappas who encouraged me and did the recording and the production. We shared some unique studio moments! 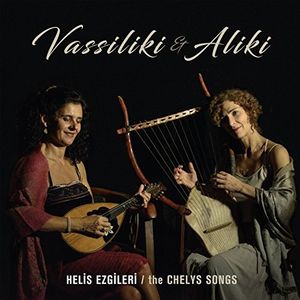 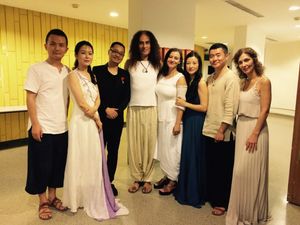 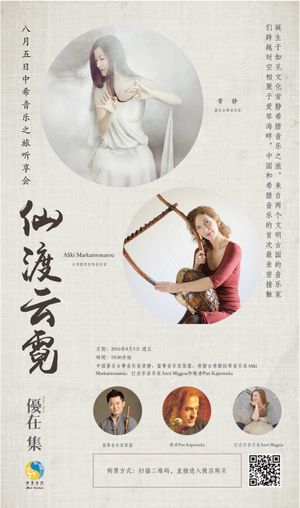 "To be in the world one plays games, manipulates, one wheels and deals. But to enter that world and yet maintain innocence is one of the highest arts of all"
Dheeren Gibbard

AEGEAN MUSIC TOUR is the continuation of Chang Jing Music Travel in Greece last October, under the AEGEAN project, and after having bringing the Chinese musicians to Greece, Meet Culture now have also brought the Greek musicians to China. The artists have had the most in-depth and unprecedented collaboration, and gained the much better understandings on each other’s culture and people.

Music tours consist of many elements, such as rehearsing, travelling, carrying heavy luggages, waiting at train stations, doing sound check, sweating......And the glorious moments of performance and meeting with the audience.
The music tour at East China offered to my heart unique presents, that I could not imagine I would receive in such an abundance. All were infused with simplicity and innocence. Not the childish one....Not at all!
I mean the relaxed space that offers the high professional organised concerts, the respect we were approached, the authentic care for our needs, playing with master musicians. From the first until the last moment our co-travellers, musicians and manager were doing their best to support us....All details were in place, all stuff at the huge theaters were kind, all the people we met carried elegance and sensitivity. I do not claim that all Chinese are like this...I sincerely don't know.
But  I know for Chang Jing, Jang Di, Kevin Miao and all of their friends and concert organisers and stuff that we met through them.
Feeling the joy of meeting friends, laughter and music came out naturally. Chang Jing proved her peaceful natural talent once again, by offering space on stage, going into amazing improvisations and supporting all of us to perform our best. Jang Di just flew with his flutes, Pan Kaperneka did wonderful vocals and Areti Miggou played the Daouli with strength and inspiration. I was enjoying my Lyre, feeling blessed that I can sing my Ancient Greek Language in front of Chinese audience!!!
AEGEAN Music Journey in China consisted of one Music Festival, three concerts, one sharing event and one ancient Greek lyre workshop. Shanghai, Hangzhou, Lishui, Nianjing, Wuixi.....Skyscratchers, lakes, bridges, theaters, lots of food....By the way, Shanghai is a wonderful, elegant, interesting city. Multicultured, west oriented and  very clean!
All of us rolled smoothly through the intense program, having fun and enjoying. This was achieved because our organiser, Meet Culture, had created a solid program with professional care.
Meeting modern Chinese musicians, who respect and love their own culture and on the same moment respect and love Greek culture feels like a mirror situation, where we, as modern Greek musicians, love our culture and on the same moment we are eager to understand more about Chinese music.
Coming back to Athens, I felt that my Chinese friends had transmitted some of their peaceful strength and elegance to me, some of their innocent heart and playful manners. I felt more connected to their culture, understanding better their essence and realised once again how wonderful music is for us humans. We can travel beyond time and space just by playing music, easily reconnecting with our innocence.....What a gift!!!!!!!!!


For reading details on our tour please visit http://meetculture.com/aegean-music-tour-in-china-the-unprecedented-grand-culture-journey-connecting-china-and-greece/

The Joy Of Teaching Music To Adults, String After String.....

A few years ago, as the first low-cost Lyre was ready from luthier Giannis Stathakos, a product that he decided to create, at first, because of his personal need to own a Lyre, the first two students appeared, asking mainly to learn music. One of them saw one of my posters and she knew that this is the instrument she was looking for, without even knowing what was the name of it.
I was very happy, also wondering, how could I teach an instrument that I am self-taught? On the same moment I was feeling confident enough, that I could create a class, since I have been teaching music from my 20s.
My students in Lyre are, most of them, over the age of 40. It is an immense joy to meet these beautiful individuals, who for different reasons each one, never had music classes as children, or had a painful experience with some rigid music system......Each one of them has different abilities, and different points that needs support, but all of them share the passion of learning, expanding and expressing self.
Now the method......well this is the most creative and challenging thing for me. Different method for each one! Yes, this is the only way I feel that the music class serves my fellow student. Any time I went into the process of using the same piece or technique from another student, the class was not enjoyable, nor for me neither for my adult student. Feeling and following the likes and dislikes, the level of pressure that each one can take, the music that resonates with his/her being, the pieces that he/she liked as teenager......All these are the keys that my adult student offers me, to support the unlocking of the musical abilities. In the long run all learn the same stuff, but from a different point of view.
Yes, eventually the fingers will be equally striking the strings, the plectrum will come on time, the double fingerings will be light and fast etc.
The process is so interesting for me.....The same piece I write every time in a different way, for a different person. Even the tonality changes from Lyre to Lyre. Now, I have a notebook full of different versions of Seikilos Epitaph, or Greek traditional songs.
And then.....light in the eyes.....the class has finished, and I see my adult student, so delicate as a child and so proud, for having expressed, and string after string having connected with inner song.....

Dedicated to all my past, present and future students

From the depths of my heart

Luis Paniagua meets with Aliki Markantonatou in the City of Athens (in crisis), January 2016

Many years have passed watching and connecting with the composer-performer of ancient Greek Lyre, Luis Paniagua, through internet. Always feeling that this is a person I would like to meet and play together, without having the slightest idea how this is going to happen, and even more how is it going to be. Easy? Difficult? Strange?

I was only feeling a giggle in my heart when I was listening to his music...

A very precious friend met with him during Summer 2015, Elena-Niskriya Kazantzidi and her words for his exquisite personality dispersed my doubts, and soon we started talking about his visit in Athens. Thanks to Yiota Peklari, Flamenco dancer-choreographer and Yiannis Stathakos, lyre luthier from Xerokampe-Sparta, who both decided in a split of a second to support Luis visit, the risk of bringing a foreigner artist in the Athens of Crisis seemed becoming smaller.

Support also was there from Themis Rodamitis, experienced festival organiser, who help us book the beautiful theater Proskinio, at Exarchia.

The time for his arrival came.....Cannot forget the feeling that I am going to receive a very intimate friend....Meeting at the airport all, Luis, me and Elena were deeply touched...Soon in the house full of curiosity for each others lyre, having wine and playing our lyres, and though it was so late, so many things to say until early morning.

Next day we got ready for Xerokampe experience. So lucky to be Yiannis name day and be in the party that Stathakos organised. People dancing, playing music, and Luis felt like been one of us. A real Greek "glenti" fiesta, where "filoxenia" takes over and the foreigner feels as an honoured guest.

Concert in Xerokampe next day!!! Chrysostomos Boukalis a wonderful double bass player joined his forces with us. Initially he was invited for 2-3 songs, but his musical abilities and free spirit guided him to a jump of trust into the music!!!So beautiful improvisations, so much joy!!! The three of us felt blessed and knew we had created a harmonious ambient for our audience.....

Now, me and Luis where tuning to each other deeper and the joy, playfulness and cracks of laughter where there all the time... 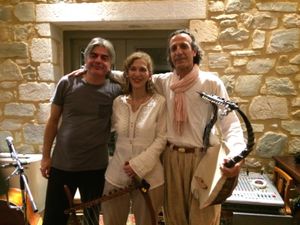 Like children creating a sand tower.....The wind blows and the tower falls, but the joy of creating together remains in the heart.

There is a whole family of string instruments in Ancient Greece such as:
Phorminx, Kitharis, Helys, Lyre, Varvitos. Each one has its own
characteristics and special sound.
In antiquity the Lyre was made from tortoise-shell, animal’s horns and gut strings.
There is a beautiful myth that Hermes created the first one
from a tortoise that was walking outside the cave he was born, and eventually
he gave the Lyre, as a present, to Apollo, to calm him down for stealing his
herd of cattle.
Since then (Homer’s times), this instrument is known as Apollo’s Lyre, and
became the instrument that young students were taught music and lyrical
poetry in the Classical Years.
There is one found in Athens, from 5C. B.C, exhibited in the British Museum.
The Lyre that Aliki uses for playing and recording,
is a product of Nikolaos Brass,
acknowledged instrument maker, who, among other ancient Greek instruments, also constructed the 12 strings one.
The sound-bowl is a wood curved tortoise, and all other parts are made from wood except the sounboard,
which is from goat skin. The strings used are nylon guitar-strings.
The combination of the materials plus the analogies and shape,
give to this Lyre a warm, alto voice which is perfect
for accompanying female voices and lyrical poetry.
Wonderful information for the music in antiquity can be looked at
M. L. West’s books ( Ancient Greek Music, Greek Lyrical Poetry etc.) 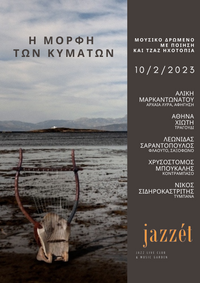